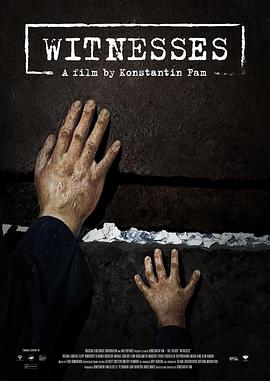 简介： Witnesses is a simple, yet powerful moving trilogy, depicting the horrors of the Holocaust. Each st.. 查看详情>>

Witnesses is a simple, yet powerful moving trilogy, depicting the horrors of the Holocaust. Each story in the film provides an unusual, yet harrowing perspective on the tragic events during World War II, told from the perspective of three uncanny witnesses. Shoes, the shortest of the stories, does not have a single line of dialogue or even a face featured in it. All we see is a pair of red shoes which beautifully depict first love, then marriage, the start of family life and the onset of the tragic war. Brutus, is a story about a German Shepherd dog separated from her beloved mistress and turned into a guard dog at a concentration camp. The final story, Violin, opens at the beginning of the 20th Century in a violin shop, where the instrument was created as a present for a Jewish boy. The violin becomes witness to the tragic events that followed during the Holocaust. A captivating score, makes this less than conventional film expose the sheer evil and terror that pervaded every aspect of the Holocaust, and is sure to open the eyes of everyone who sees it.
《证人2017》高清完整版在线播放由人人影视网倾情提供,看精彩影视记得到人人影视网www.renrenysw.net